Posted on July 21, 2011 by TheshoeboxKitchen

Okay, we promise this is the last post we’ll do for a while that involves an ice cream maker.

Oh, who are we kidding?  It’s summer in Atlanta.  One is given liberty to enjoy one too many frozen treats.

We do promise, though, to do a post soon about some kind of healthy summer salad with bean sprouts and beets and radishes and . . . heck, we may even do something with quinoa!

But for now, it’s gelato. 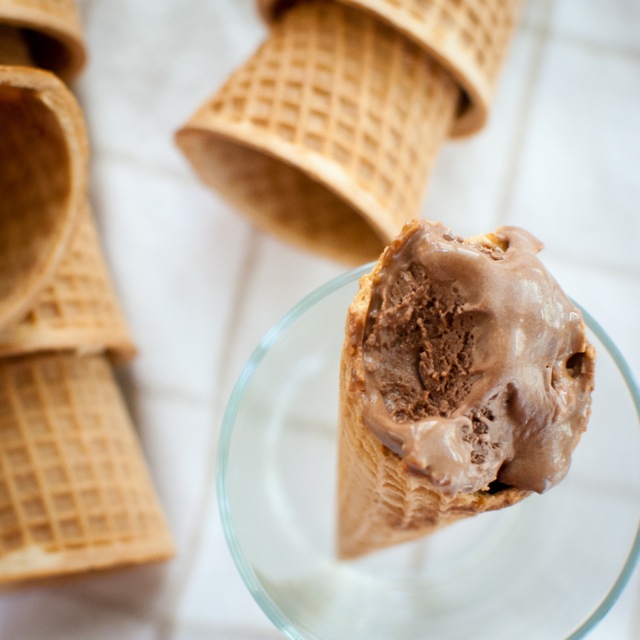 We’ve been really excited since we discovered that cornstarch, in lieu of egg yolks, gives a texture much closer to gelato – that is to say, the gelato we both remember eating in Italy.  From what we understand, Sicilian (or, more generally, Southern Italy) gelato is frequently thickened with cornstarch, whereas you might find gelato in Rome that contains egg yolks.  In that case, the denseness is due to the special machines used, which don’t incorporate as much air during the churning process.

But we don’t have those special machines, so we now use cornstarch when we want to make gelato.  And, let us tell you, IT WORKS!

In addition to our obsession with anything chocolate and/or churned in the ice cream maker, Jason has a particular affinity for Baileys Irish Cream.  Ever since Anne’s grandmother poured a generous amount over a bowl of vanilla ice cream which she offered to him during his first visit in her home (thanks, Grie!), he has just really been smitten with this rich liqueur.

So it just seemed obvious that the next concoction to take a spin in the magical mystery machine of summer would be: 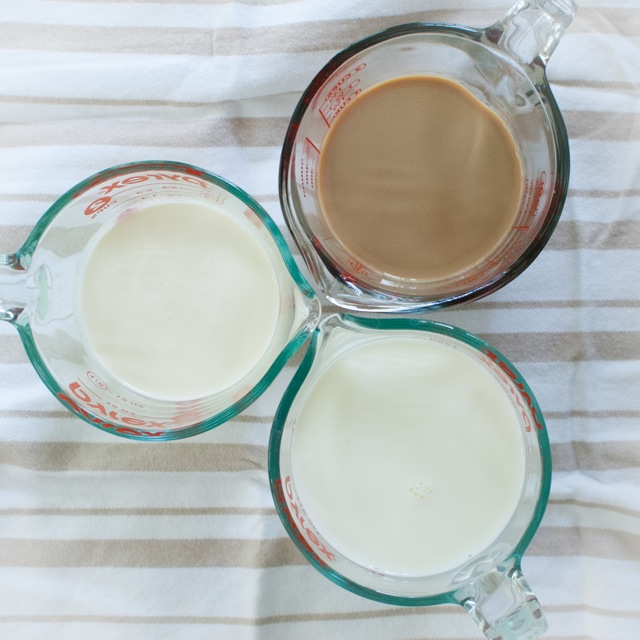 Measure out your liquids.  Use every pyrex measuring cup you have.

Measure out your sugar and cocoa powder, as well as your corn starch.

In a mixing bowl, pour your whole milk, salt, corn starch, and cocoa powder.  Whisk vigorously to combine and dissolve the solids as much as possible.  Make sure there is no dry cocoa left floating in the mixture.  Set aside.

Bring the two creams and sugar to a hard simmer in a medium heavy bottom saucepan, whisking frequently.  Remove from heat and add the whole milk mixture.  Whisk to mix thoroughly, then return to heat and bring back to a hard simmer, whisking constantly.  Once simmering, continue to whisk and cook the mixture for another 5 minutes, or until you feel the mixture thickening (much like making a pudding).

Transfer the chocolatey amazingness to your ice bath bowl and continue to whisk until you see no more steam coming from the amazingness.  Cover the bowl with plastic wrap and refrigerate until cooled completely, about 4 hours or overnight (when we’re really impatient we sneak it into the freezer for about an hour). 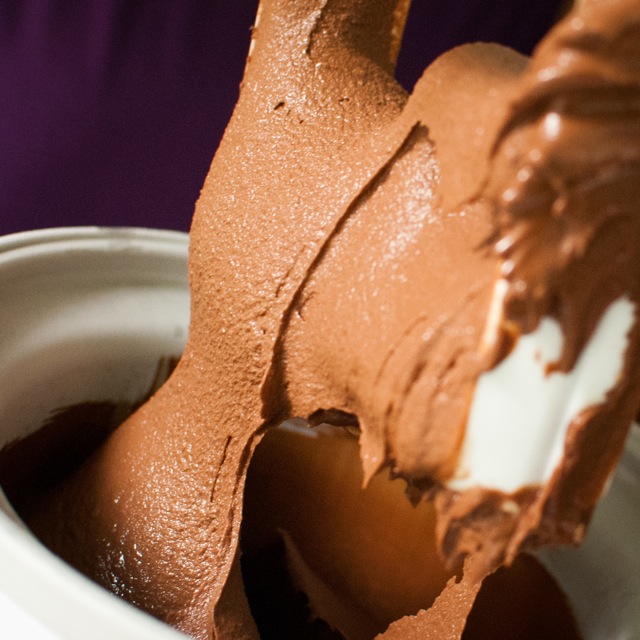 Churn the mixture in your ice cream maker according to the instructions, usually about 20 minutes.

Transfer to a chilled container (we like using ceramic loaf pans – they are the perfect size and their shape allows for easier scooping) and place in the freezer overnight (if you can wait). 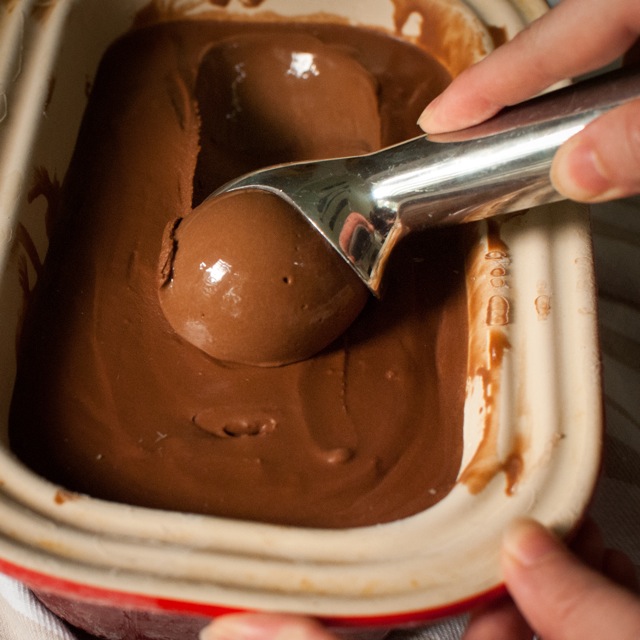 Oh my.  We ate the last of this gelato the other night.  We miss it so.

This gelato has been described as “dangerous” and “wicked” by those guests on whom we’ve tried it out.  You see, here’s the thing . . .

Once you’ve made this gelato, this is the second saddest sight you’ll behold. 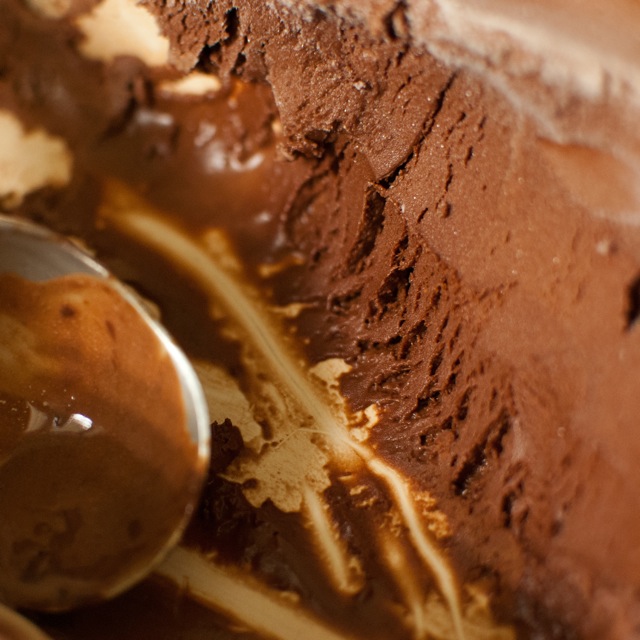 This is the saddest sight you’ll behold.

Yes, it goes fast.  This creamy, dense gelato is perfectly sweetened.  The intense chocolate flavor is cradled so perfectly by the pronounced essence of sweet Irish Cream.  And the texture – wow – it’s that dense chewiness reminiscent of the decadent treats that refreshed you during those midday walks along the coast of the Mediterranean.

Just go for it.  You can eat quinoa tomorrow. 🙂

This entry was posted in Uncategorized. Bookmark the permalink.